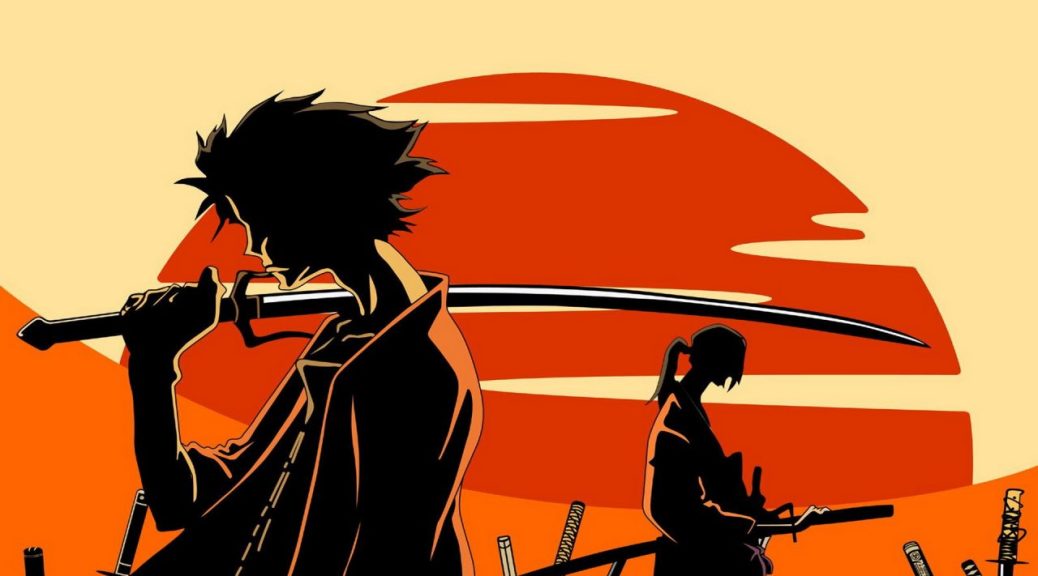 For this installment of anime jukebox we feature Nujabes’/Fat Jon’s Just Forget, from the Samurai Champloo Impression soundtrack.

Samurai Champloo is the story of Mugen, Jin, and Fuu as they travel the Japanese countryside in the Edo period. While they are nominally pursuing the “samurai who smells of sunflowers,” the majority of the show is spent with the three protagonists wandering around and getting into various shenanigans. Created by Shinichiro Watanabe of Cowboy Bebop fame, it bears a striking resemblance to that work but with some interesting differences. Where Bebop was a space-western with a jazz soundtrack that was very much about running from the past, Champloo is an action-samurai piece with a hip hop soundtrack that is more about traveling towards a present goal.

Fat Jon and Nujabes produced nearly all of the Samurai Champloo soundtrack. Just Forget is a great piece specifically because it mirrors the sort of overland wandering that the main characters go through in the story. Steady percussion with softer tones and a reliance on cymbals to provide a bit of texture. Just Forget is a somewhat somber instrumental, and echoes the work of other great producers like J Dilla and 9th Wonder. The steady repetition and general low-key feel of Just Forget makes it as great for “wandering samurai” as it is for getting homework done, chores around the house, or writing blog posts late into the night.

Give it a few listens and let me know what you think in the comments below.