Finally, at 1:06:13, the Cold War threatens to turn hot in Toho’s Return of Godzilla, the 1984 franchise reboot, directed by Koji Hashimoto, that kicked off the Heisei era.

Hey guys, Grant here with another quick check in to see where we are at in terms of our regularly scheduled programming.

Exercises like this are a way to track progress across the various shows that we attempt to watch. It is helpful to not only measure progress, but also to see where we might go from here. If you are anything like me, then your list of “to-watch” grows a lot faster than the list of completed titles. Hopefully, this will encourage me to buckle down and finish more shows, rather than jump around too much.

So, what am I watching?

Feelings: Thunderbolt Fantasy is an absolutely fantastic show, and I am still continuing to enjoy it. I have lagged behind a bit, as life has gotten a bit in the way here lately. Nevertheless, I am ready to hop back into the fancy fighting puppets and see more absurd things happen to pretty dollies.

Feelings: This is actually my favorite show I am watching right now. The comedic elements, kaiju action, and genuine joy of watching this show never disappoints. Again, life has me behind, but this is the one I look forward to every week. I legitimately feel like this is a great way to start the Ultra series if you have never seen it before. 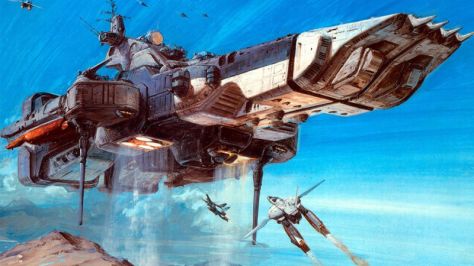 Feelings: This is a back-burner project, so I am not really pushing myself too hard on this one. I have seen Robotech easily a dozen times, but the original Macross I have only ever watched once completely. Since it is streaming I have told myself I need to rewatch the entire show. It’s as great as I remember, but the print damage is really becoming obvious. This show needs some remastering, desperately.

Feelings: So I’m nearly halfway through the Stardust Crusaders arc, and I’m still a bit mixed. I really enjoyed the second arc, so my hype and energy levels were pretty high going in. The problem is that the “baddie of the week” format is only as good as the villain. I don’t feel like the narrative is building like it was in the prior season. Still, I will finish it, because it is a great show, I just need to muscle through more than one episode in a sitting. 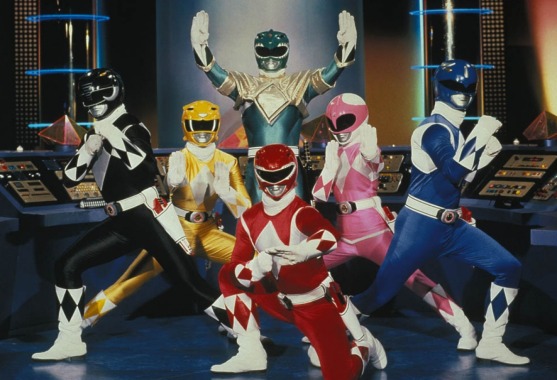 Feelings: This is another rewatch project I have going. As a kid I really only stuck around for about two seasons or so, but since every single season is on Netflix I challenged myself to see if I could make it all the way to the modern day. I don’t know if that is possible, but the nice thing is that Power Rangers isn’t a show that demands a ton of my attention. I basically passively watch it every morning as I have breakfast, and that theme song gets me jazzed every time. It’s goofy and dumb, but super vibrant and I enjoy every second of it. I’m also pretty intrigued to see what happens as I get further into the seasons I know nothing about. 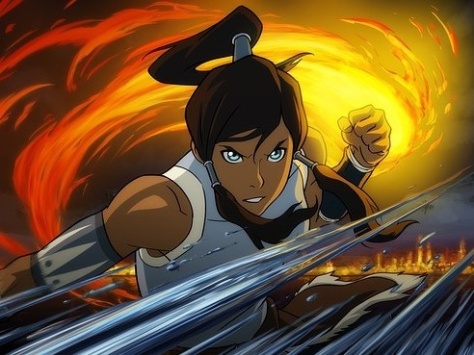 Feelings: This show is phe-no-me-nal. I loved Avatar, but wow this show is completely blowing me away. I really could gush about it for hours. The advantage here is that my wife is watching this with me, so I don’t have to fight to find spare time to watch it. It is a shared activity we are doing together every night. Truthfully, I feel like this has done nothing but build each season and I look forward to it every night. Some of the best animated work to come out of the US.

So that’s the long, ridiculous list of the shows I am working through, from the every day routine watches to the “eh, when I get to it” shows. What do you guys think? What are you watching right now? Let me know your progress down below. 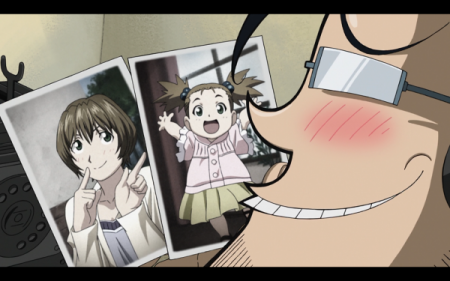 It is not uncommon for anime to lack parental figures. Many shows, especially the more popular ones, have mother/father figures who are either deceased, absent, or never mentioned at all. Anime tends to lean on the coming of age story structure, because a great deal of it is aged at children/adolescents/young adults. These groups will gravitate to imaginative spaces where parents are dead, absent, awful, or even outright villains, because that allows for the young heroes to take center stage.

Thank goodness mom isn’t around to keep me from achieving my goal.

I feel like this is a huge missed opportunity. Sure, not every story needs or benefits from parents for any number of reasons. They may be outside the scope of the work, not particularly interesting, or the author simply does not know how to handle them. This is perfectly fine, but there are real advantages to adding parental figures to a work. Parents are very easy hooks for most viewers, as if they exist on this earth of ours then they have at least some personal dimension with parents whether they are biological, adopted, brought in through marriage, or of a more spiritual variety. Even if someone’s parents are completely absent, that absence plays some part in their story.

I was both absent and a villain. Behold my incredible parenting abilities.

Parents also tend to be rather complex parts of our lives, as few people have entirely perfect relationships with the people who have raised them. They provide food, shelter, guidance, nurture, stories, and attempt to pass on a series of virtues to us, but can just as often be overbearing, overprotective, naive, or antagonistic to our desires. This kind of multi-layered complexity practically comes prepackaged with the use of parental characters, and authors should certainly not ignore the potential they have for telling stories

To show what I mean, I will pull examples from three (relatively) recent shows that use parents to great effect. To further compound things, all three will be shonen coming of age stories!

The Why – In a sense, Major Hughes is almost a bit boring. His entire character is literally Hey Look At Me I Love My Family. While that seems a bit one-dimensional (probably because it is), he definitely earns points for being one of the few characters in all of anime (or fiction, for that matter) who is just an out-and-out adoring father. I wish I could complain with something like, “Ugh, another good father, seen this a thousand times.” But truthfully good dads in anime are pretty similar to their real life counterparts – few and far between.

The Hook – His genuine goodness only magnifies the feels as the series progresses.

The Why – A somewhat typical maternal figure, Rinko gets bonus points in a few categories. Firstly, she has an earnest interest in her son Sei’s success, but is not overbearing/too nosy/obnoxious in any way. She clearly cares and encourages him without interfering with his life in any undo manner. Furthermore, she feels like an actual mother rather than a caricature of one – quietly supportive when Sei is around his friends, excitedly cheering for him when watching him compete. On top of that she is a successful businesswoman, has some great (if sparing) dialogue, and the audience can’t help but root for her while she roots for her son.

The Hook – A mother whose role is a bit traditional, but is refreshing in its sincerity.

The Why –  Not only is Joseph one of the better leads in the various arcs of JoJo’s, he really exemplifies the advantages of using these sorts of parental figures in anime. As an audience we see his journeys as a young man, and by Stardust Crusaders (JoJo’s 3rd arc) he is now an older man leading his grandson to save his daughter. The incredible dynamic that his legacy hook adds to the show as a whole gives everything that much more impact. Now the audience can juxtapose Joseph with his daughter and grandson, as well as seeing him continue on to have new adventures of his own. By including him as part of the adventure all of the events that take place have an additional sense of meaning, because this is both a new story for a new hero and the continuing tale of yesterday’s legends.

The Hook – Not your granpappy’s Grandpa character, an elder warrior who provides guidance and punch.

Find us on Itunes

Find us on Google Play Music