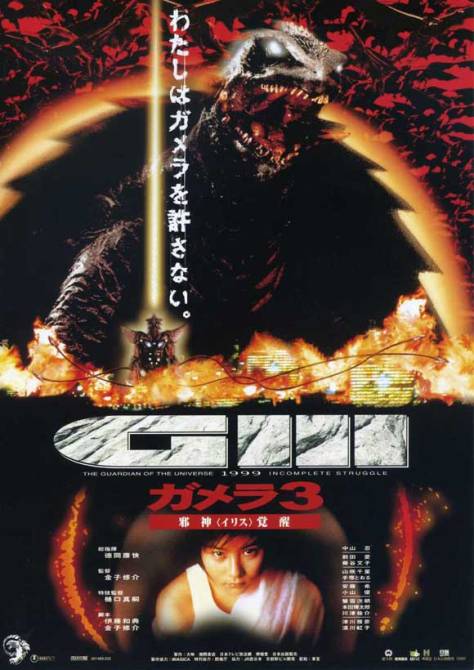 We watch Gamera 3: The Revenge of Iris from 1999, the final film in the Heisei Gamera trilogy. 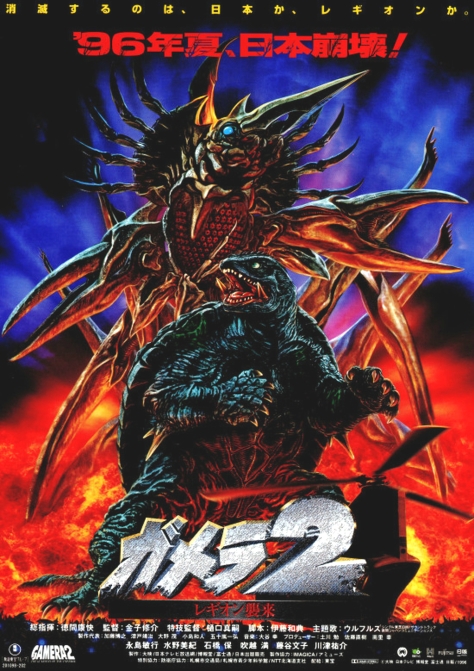 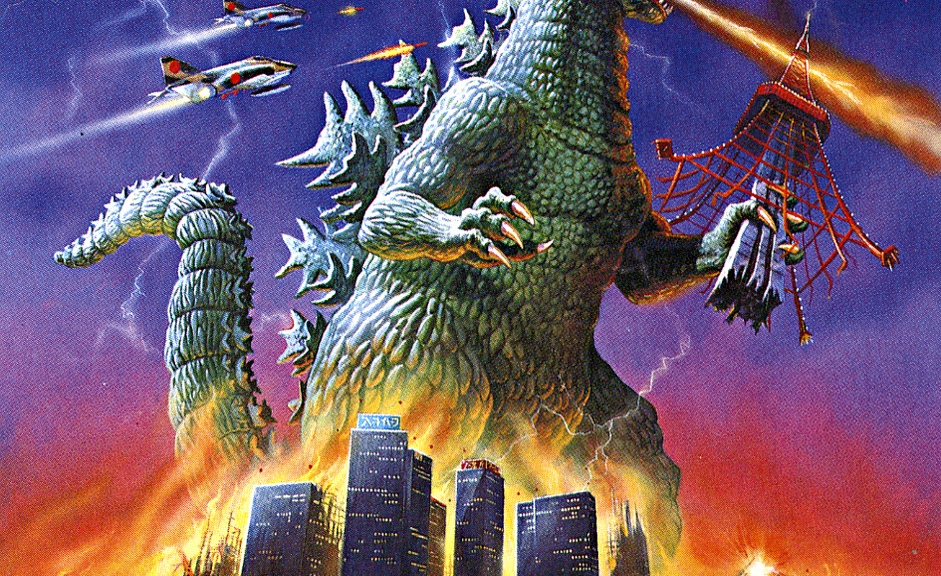 It is no secret that Kaiju movies are popular with children. Although many of the early works in the genre have a distinct horror/environmental tone, as these properties entered full-blown franchise mode many of the rubber-suited monsters became more kid-friendly.

There are some pretty obvious components to this. Many Kaiju films are marketed directly at children, so it is no great shock that they are roped into the genre. The scenes of destruction and conflict are exciting and easily understood by children, as opposed to deeper discussions of pollution, war, and human folly. Not to mention the general absurdity of enormous monsters battling is much more easily accepted by children’s less world-weary souls.

But I think there is another unexplored element to this – a child’s unique perspective.

By that I mean the literal viewpoint of a child in a physical sense. Most children who are somewhere between 5-10 years old are comparatively much shorter than adults. Often times when they encounter adults they must look up to see them quite literally towering overhead. This is especially intimidating when children meet a new adult, and we have all encountered a situation where a child reflexively hides behind a parent’s leg when first meeting a new person.

I think Kaiju tap into this primal fear of people/beings larger than ourselves. When Godzilla, Gigan, King Kong, or any number of other big beasts come stomping through a major metropolitan area in these films they are almost always filmed from a lower perspective or viewpoint. In a practical sense this is a camera trick to make the suit-wearing actors appear to be larger than normal people, but I think it also a psychological impact in that it mirrors the view of a child looking at a fully grown adult. Here we see destructive forces many times our height, laying waste to our world and we know we are powerless to stop them, much like a child would feel. 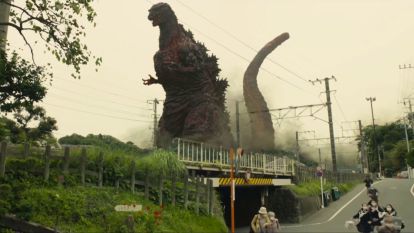 In this way children are immediately drawn into the scene because they know what it is like to see the world from this perspective.

It also serves as a great power fantasy for younglings. Not only do they understand what it is like to look upwards at larger people or figures, but they get to see this size used to devastating effect as the monsters stomp, crush, and destroy all opposition. The excitement of watching a kaiju destroy smaller objects gives a sense of raw power that children rarely get to experience. As they project themselves onto these beasts, they see how they might use that power for fun in an imaginative space, unlike the real world where they are often told not to touch/break/mess with things. It is very similar to the construction of sand castles, which is almost inevitably followed by a child stomping through said castles and giggling all the while.

This infuses Kaiju films with a sort of common language that I think few other films have, and is part of the reason why they still work even after 60 years of mighty monster mayhem.

Today’s question for the Rogues Gallery – do you think Kaiju movies resonate with children because of how they see the world? Or is there something else at work? Let us know in the comments below, rogues!

Download Link – Episode 2: Gamera Guardian of the Universe – A Friend of At Least One Child (Maybe)