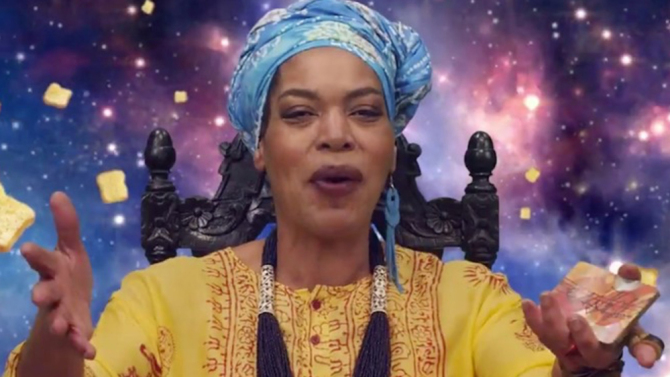 For a change of pace, today I will not bring you a discussion of an important show or piece of work. Rather, I will try my hand at a bit of fortune-telling. In that vein, I will attempt to answer a question that no one asked me to begin with:

What will the next big trend in anime be?

Obviously, I have no great authority in this realm. I am just another fan like any of you. I am not privy to insider information. I possess no mystical gift of foresight. Truthfully, when it comes to predicting future events there are cephalopods with more statistically meaningful track records than I.

Let’s be real, if I were able to predict tomorrow’s events with any degree of certainty, I’d use it for far more lucrative activities than the future of anime. That would be a Biff-with-a-2015-almanac-level gift, and with great power comes great profitability.

But there is a method to my madness. Attempting to predict future events is a useful thought exercise if nothing else. This is primarily because in order to make inferences about what will come to pass, one has to take stock of what has already happened up until this point. With that in mind, I predict two major things – one thing which won’t change, and one that will.

What Won’t Change – Content of the shows themselves will largely stay the same.

If the state of anime in 2016 sends any message at all, it’s that we really aren’t seeing a lot of major shakeups in what anime is delivering in terms of content. I do not expect that to change any time soon. If you were to make a list of the major kinds of shows that make up the anime landscape today it would not be much different than it has always been – shonen fighting, high school drama, harem, mecha, etc. While a few interesting twists have cropped up in recent years –action/horror, reverse harem– these are mostly variations on existing themes rather than novel ideas. Even if the proportions shift in new or interesting ways, like a resurgence of mecha anime to its 70s/80s era dominance, the content itself will largely mirror what we already know.

What is most telling about this is how shonen fighting continues to dominate the charts. One Piece, Naruto, and Bleach certainly make up a large portion of people’s weekly viewing time and have been popular for over a decade. Dragonball is revving up all over again with new films and a new series, and given how well re-releases of old material sell you could argue it never left in the first place.

Even the “new” hotness of JoJo’s Bizarre Adventure has been a force for decades, but only now is it getting widespread recognition in the fandom. While some of these major shows have nominally “ended,” this will do little to stem the tide of their popularity. The sheer momentum of their core fanbase(s) will carry them forward for years down the line, and new contenders will always appear to take the coveted top spot.

The big shakeup for the fandom will revolve around the way in which content is consumed. I predict that there will be a steady increase in communal viewing and live-streaming as social features become more central to the viewing experience.

This trend is already in-progress in a number of other media. Twitch and other live-feeds are already a constant force in video games. Live-tweeting is expected at just about any major event. Youtube is rife with “live reactions” where we watch people watch content and react in real time. It’s no longer about when or if you access content, but being a part of the conversation while it is happening. Given the close relationship anime has with technology and an audience that trends young, this integration is only a matter of time.

This is a natural consequence of two forces colliding – the success of simulcasts and social media technology.

Simulcasts are one of the large reasons that we are going to see a drive towards this new, integrated model of interactive fandom. Due to a lot of the tireless work from a lot of great people, we have “won” the content wars. Anime is delivered hot and ready every week within moments of airing in Japan.

We have nearly reached peak speed-of-access for a majority of the content that people want to consume, bar a few notable (and disappointing) exceptions. At some point, content providers can only access the content so quickly. How fast can it really get? Forty-five minutes after airing? Thirty minutes? Nineteen seconds? Perhaps we can go a step further and watch as the animation is being made in the studio. Maybe we can have reality shows based on making a show from start-to-finish, from when the season’s latest cute-girls-learning-to-be-cute is but a twinkle in the creator’s eye.

But this is only a stopgap measure at best. At a certain point high-speed delivery will no longer be a selling point. The community already expects as a standard feature, regardless of how amazing it is.

The new trend will be group-watching, and all of the technology already exists to make it happen. All it will take is a platform that integrates the various features that keep people engaged in a live event and it will take off. With the right presentation and commentators, these services will be able to replicate the experience of sitting on the couch with friends and watching a game or movie. Anime will tap into the same group-euphoria of a shared experience, similar to how sports fandom treats the watching of games.

Individual viewing will never go away, and in fact will still be a major component of fandom, especially for more socially anxious members of the fandom. Nevertheless, communal viewing will start to rise in importance as being a badge of community membership, a way of staying in the know and on top of current trends and conversations. My guess is that the format of programs like Sportscenter will be assimilated, at least in part. We will see popular groups of commentators go so far as to do pre- and post-show analysis, commercial break commentary, and active interaction with chat feeds/social media on air. A lot of these elements already exist in the community in a wider sense, and once some of these ideas begin to coalesce it will emerge as a very popular (if not necessarily dominant) viewing option.

Essentially, I think that larger groups like Crunchyroll, Funimation, and other content providers with existing industry connections will tap into a new way to differentiate their catalogues. By finding interesting, energetic, and knowledgeable commentators (ala Critical Role or Geek and Sundry) to discuss shows in real time we will see a new sort of group experience emerge. Live-tweeting, Youtube reaction vidoes, Twitch streams, and similar popular activities show that the wider overlapping nerd communities are yearning for shared activities. Once these live social media tools are connected to a well-produced real time discussion platform, we will have a totally new way to interact as a community.

That is my vision for the near future of anime. What we watch will stay largely the same, but how we watch will enter a new era of interconnectivity.